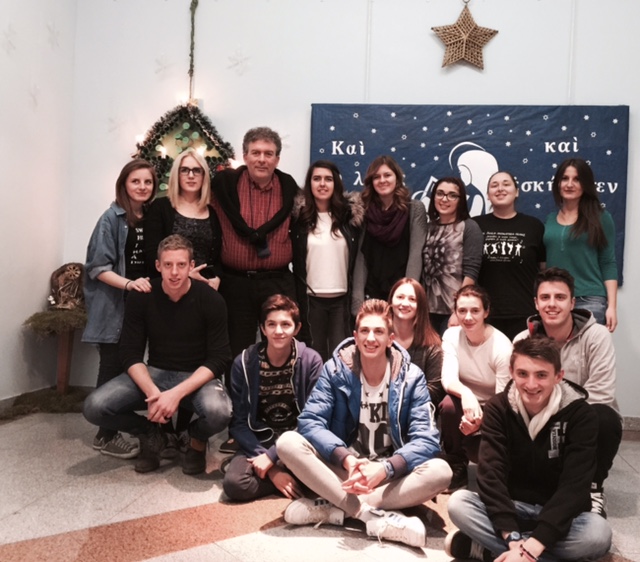 First days of volunteering from Iva’s perspective
First of all, I think this camp was one of those crucial moments in life, even though it sounds like a cliche. It made me a better person with a new side that I didn’t know about. Unfortunately, the group of volunteers from Bosnia whom I came with were not able to participate in first day of camp,but soon with their presence they started the Never ending winter. Our first day went on habitually without unusual expectations, considering that we are going to spend time with strangers in next few days. First, we introduced ourselves with hope that we will remember eachothers names, although it did not matter because we were on our way to Drin and Bakovići structures. I was in a group that went to the structure of Drin. Going through departments I realised that we were going to bring great happiness to users, so I said to myself that I needed to stay strong with a purpose of making someone’s day better. We managed to harmonize ourselves as a group. There were some moments that I just can’t describe with words and it didn’t only happen to me. We will keep them in our hearts. Next stop was Hercegovina. After some hours of driving ,we came to Međugorje and there we spent our first night. Next morning started with a normal plan but the most important part was reading a Gospel and thinking about it.I heard a lot of emotional thinkings. I have to say that was the first time I realised true importance and meaning of the Gospel. After that we went to the nursing home in Domanovići. They welcomed us enthusiastically and even though they are old, there is so much life in them. I was having a conversation with one grandma and she taught me some powerful life lessons. Also they have quite a sense of humour.Later on we went on the Apparition Hill in Međugorje and we had a Mass in the Community of Cenacolo. The last day in the year 2015. came and for my group it meant that we were going to visit the families that are included in the project ¨Il Ponte del Sorriso¨ in Hercegovina. When I heard their severe destiny, I was trying to find a lesson to help me in my daily life. In the evening all groups went to Domanovići so we could celebrate New Year’s Eve with the users. We were in charge for the programme and it was really fun. In this case,laughter was included at each point of the entairtainment programme that we made. Then we visited the Community New Horizons where we prayed and thanked God for the past year. We let the year 2015. go in a very amusing way.Amusement went on after leaving New Horizons. Last morning in Hercegovina and also the first morning in this year we started in the best possible way,with a Mass in Domanovići. That Mass is something I will always remember with a smile on my face.Although everything was unperfect,we were perfectly united. Nothing ruined our morning , not even a breakdown of one of our vans. We just needed to move on and so we became really good as tourists in Mostar. We captured the moments with pictures from our visit to The old town and The Old bridge in Mostar.

Last days of volunteering from Katarina’s perspective
Our next stop was in Visoko, a town near Sarajevo. In the first night after out arrival to Visoko, we were making presents for the children. On 2nd of January, my group was visiting the families that are included in the project ¨Il Ponte del Sorriso¨ in Bosnia. It was a new experience for me but now I think that I’ve seen every face of my homeland, with its good and bad sides. I felt strong feelings for them because most of them gave everything they had to our country, and seeing the way the country is treating them makes you think about it. The people of Bosnia and Hercegovina are strong, they are fighters and they are just trying to make a living here as good as they can for their families and for themselves, and that’s what I find amazing. Every morning started with reading the Gospel, and it was usually somehow connected with everything that was happening on that day or the past few days. Hearing the Word of God encouraging us and giving us a direction was inspiring and gave me strength in the events during the day. On 3rd of January my group was visiting the structure of Drin. For me, the greatest part of the day was playing with the children and talking with the elderly people because they always have something interesting to tell, show or to sing. You understand why you are doing what you are doing when you see a smile on an elderly person’s face, or when a child hugs you. It’s the small things, yours and theirs memories or the inner peace you are feeling. When we came back we had a Mass in Visoko. In the morning of 4th of January my group went to the structure of Bakovići. We visited the workshops first, where users work, play or stay in the morning. I was talking to them and what I found surprising was how open and creative they are. They were showing us how to hand-knit, draw, paint, and even how to make origami and small figures. We danced and played the whole time and I had a lot of fun, and I am certain so did they. After the lunch-time we went through the whole structure to visit and to talk to everyone. Later that day, my group went sightseeing to the capital of Bosnia, Sarajevo. One of my favourite and most beautiful cities in Europe looked stunning at night while we were walking, so we, Bosnians tried to show others every significant part of it – the Tunnel of Hope, the old Town with its diversites and mixture of cultures and we tried the traditional Bosnian food, of course. Sadly, the 5th of January was the last day for volunteers from Bosnia. We said our goodbyes with a hope those will be a ¨see you again¨goodbyes. We have come to an agreement to keep volunteering in Bosnia and also in Hercegovina and will meet again to talk more about activities of ¨Il Giardino delle Rose Blu¨ here in Bosnia and Hercegovina. Every person I’ve met during this camp will stay in a good memory because I see that volunteers understand that we are all the same inside and some people just know how to ignore the outside differences and accept everyone, and that’s what’s left of this camp for me: a memory, a smile, a lot of love and some inner peace.

This website uses cookies to improve your experience while you navigate through the website. Out of these, the cookies that are categorized as necessary are stored on your browser as they are essential for the working of basic functionalities of the website. We also use third-party cookies that help us analyze and understand how you use this website. These cookies will be stored in your browser only with your consent. You also have the option to opt-out of these cookies. But opting out of some of these cookies may affect your browsing experience.
Necessary Sempre abilitato
Necessary cookies are absolutely essential for the website to function properly. This category only includes cookies that ensures basic functionalities and security features of the website. These cookies do not store any personal information.
Non-necessary
Any cookies that may not be particularly necessary for the website to function and is used specifically to collect user personal data via analytics, ads, other embedded contents are termed as non-necessary cookies. It is mandatory to procure user consent prior to running these cookies on your website.
ACCETTA E SALVA